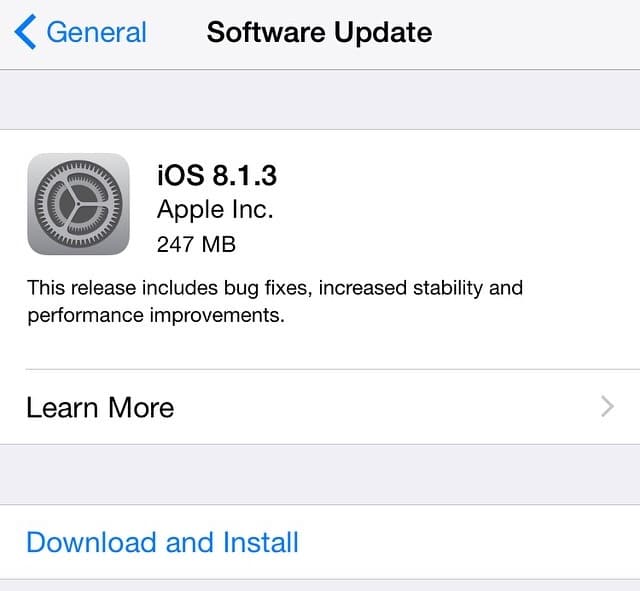 Apple has released iOS 8.1.3 this morning, after weeks of extensive testing. The release notes say that the update includes increased stability and performance improvements, as well as various major bug fixes. It also reduces the amount of storage required to perform updates.

You can access the new firmware over the air via Settings > General > Software Update, or via iTunes by connecting your iPhone, iPad or iPod touch to a computer. 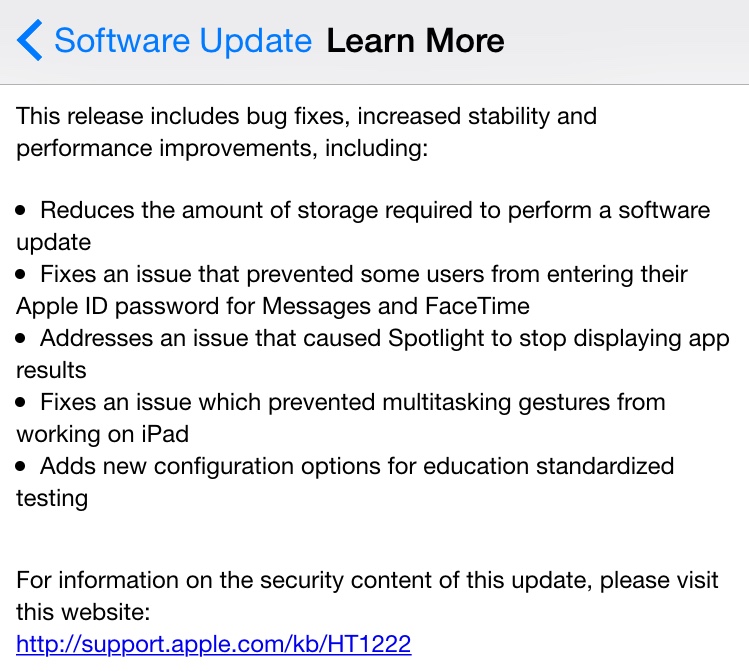 For those looking to update, 8.1.3 is compatible with the iPhone 4s and newer, the iPad 2 and newer, and the fifth generation iPod touch.

This is more of a maintenance release, and we don’t expect it to include any major changes or new features—Apple is likely saving that for iOS 8.2—so it’s not a mandatory update. However, if you’ve been experiencing issues with iOS 8.x.x, it’s probably worth looking at.