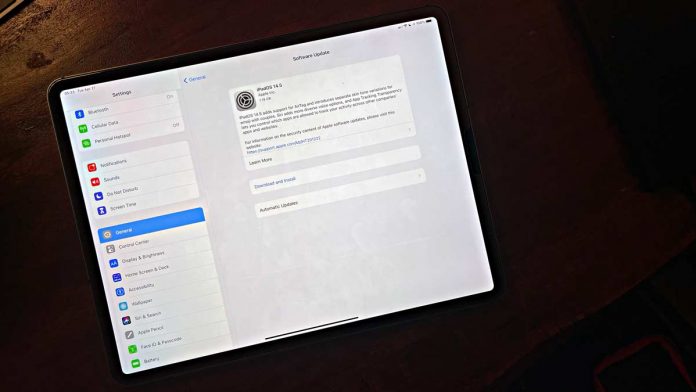 Apple today released a handful of updates across its product line. Chief among those are iOS 14.5, iPadOS 14.5 and watchOS 7.4.

The highlight of the update includes easier iPhone unlocking when wearing a mask. This works when paired with your Apple Watch. It also includes the new App Tracking Transparency feature that has been controversial when it first released during the first beta version. Facebook ran full page ads claiming that the feature will work against small businesses who advertises in its platform. It also warns in its earnings call that the feature will affect its earnings performance.

It also includes support for the PlayStation 5 DualSense and Xbox Series X game controllers, expanding the iPhone and iPad’s controller support. The update also includes more than 200 new emojis. Many of which are for gender pairings.

iOS 14.5 and iPadOS 14.5 has the longest beta version in Apple’s history for a “point” release. It is now finally released after 8 weeks of beta testing. You can now download it by going to Settings > General > Software Update.

The update comes at 1.19GB for our iPhone 12 Pro Max and iPad Pro models.

App Tracking Transparency enables users to opt-in to advertiser tracking across apps and websites. It puts privacy back on the hands of consumers. Users will be prompted with a dialog asking whether to allow tracking across sites.

Unlock your iPhone with Apple Watch

Another major feature is the ability to unlock your iPhone while wearing a mask. Users have to have an Apple Watch running watchOS 7.4 or later.

Users can use this feature by going to Settings > Face ID & Passcode and Turning on Unlock with Apple Watch.

Apple released an update to Siri with additional two new English voices when setting up Siri.

Siri will also no longer default to a specific voice during initial setup. Instead, users will choose from the list of voices. Apple also removed the gendered labels of each voice to remove social bias from the user’s choice.

There are a lot of under the hood bug fixes and minor changes in the update.

Apple Music has some additional refinements to the interface. While fitness enthusiast will be happy to know that Apple Fitness+ has been updated to enable AirPlay 2 casting support.

Here is the release notes for watchOS 7.4:

Here are the release notes for iPhoneOS and iPadOs 14.5:

AirTag and Find My

How to unlock iPhone with Apple Watch

How to Save Battery Life on your iPhone